The pain of childhood cancer

I have read the story of Oliver Strong, a 12-year-old boy who died suddenly from acute myeloid leukemia, a type of childhood cancer.  I couldn’t help but shed tears. At the time of his death, Oliver was the age of my first-born daughter. Twelve-year-olds have lots of life in them, and it is at this age that they begin to discover and live life. The trauma that parents go through when their child falls ill is heart-wrenching. How depressing when just 36 hours after getting the right diagnosis, a young life is cut short. This happened on June 2015.

In their search for answers into the root cause of Oliver’s death and solutions into the menace, steps that the family has taken need to be embraced by nations that care about kicking childhood cancer out of the world.

Prevention is better than cure is one of those very useful, cliché whose message has been disregarded and replaced with short-term money minded enterprises. The rise of childhood cancer is largely as a result of carcinogenic environmental toxicants, including industrial waste and pollutants. Where did environments with safer water, safer air and safer products go? In the case of Oliver, the parents regret using Roundup pesticide on their patio to get rid of weeds. They are also questioning the role the artificial turf – where Oliver played football – would have contributed to their son’s illness and death.

Companies, both big and small, have tampered with the eco-system to the extent that everything is toxic. Policies and regulations on environmental conservation have been disregarded and the children are now paying it with their health and lives. Oliver’s father laments that our health industry’s focus is purely on detection, diagnosis and treatment, because that’s where the money is … and not focusing on prevention.

“I, like most people, thought it’s just bad luck and dodgy genes, and you discover we’re quietly encouraged to think that,” he said adding, “[But] I found a paper published by the World Health Organization … it’s always triggered by external agents that damage our DNA and the body’s ability to deal with that damage,” says Oliver’s father in an article published in Guardian. Kenya’s government, like other initiatives in the West, should work on a study that will help develop a more detailed picture of the correlation between toxicants and childhood cancer.

In the months leading to his death, Oliver had been unwell but the parents were unsure what it was he was ailing from. This happens in a number of cases where children are treated for different diseases when indeed it’s a type of childhood cancer. A 2011 report by Kenya’s Ministry of Health singles out a lack of awareness and knowledge by parents and even physicians as a major contributor to 70 – 80 percent of childhood cancer cases that were detected at late stages. Statistics show that about a third of all cancers are potentially preventable and another third is treatable if detected early.

Data forms a basis of policies and decision making for countries and organizations. Without tangible data, there will be wrong policies, wrong regulations and uncalculated moves. It is sad that there is little to no government funding for childhood cancer research in most African countries. In the US, studies show that cancer is the leading cause of death for children past infancy yet funding for these diseases has not increased. Privately funded research through various childhood cancer initiatives can go along way in enriching data that will help reduce the number of deaths through prevention, early detection, and treatment of childhood cancer. 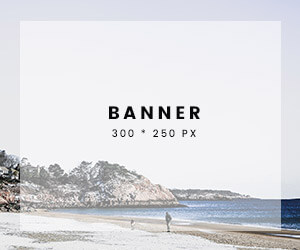